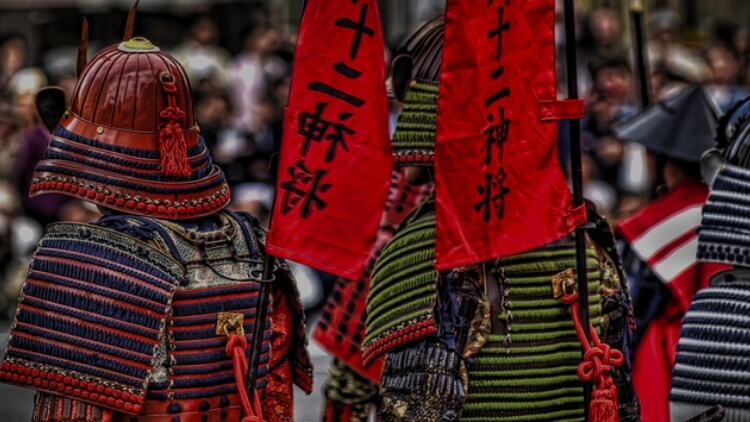 01Story of Samurai and Nature 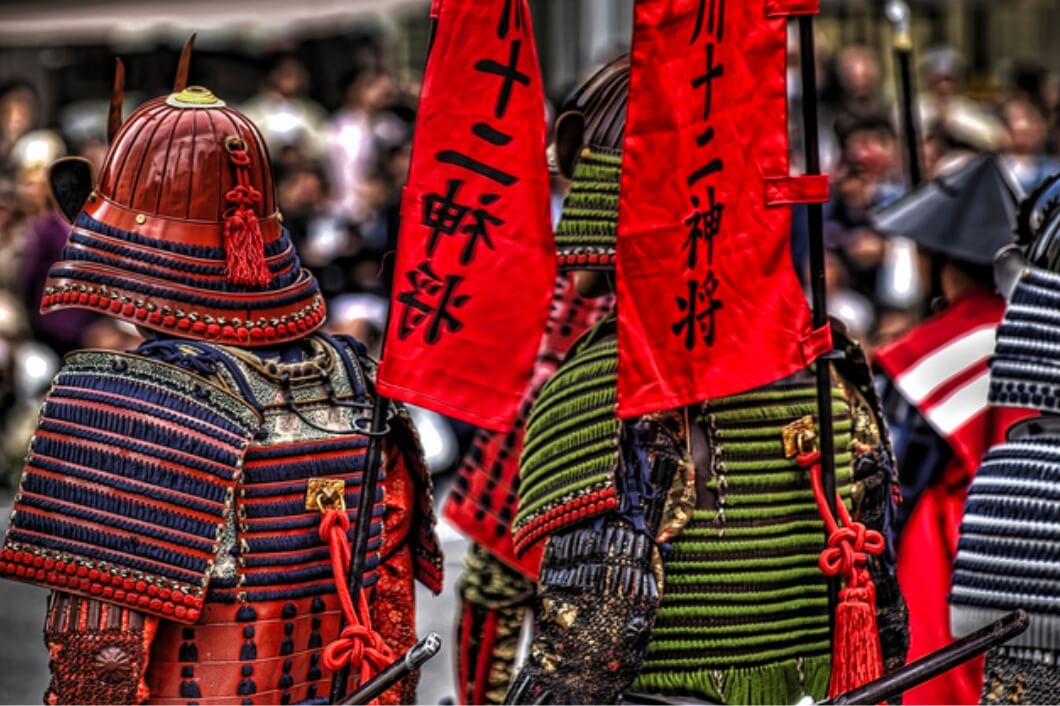 The Chubu region, literally “central part” of Japan, is home to the former Owari clan, and is the birthplace of the three heroes, Oda Nobunaga, Toyotomi Hideyoshi, and Tokugawa Ieyasu. Nearly half of the Nakasendo, an ancient road that connected Edo and Kyoto, runs directly through the Chubu Region, and even now, the Magome and Tsumago post towns of the Nakasendo are popular with foreign tourists. This area is rich in nature, and was nurtured, protected, and even improved by the samurai.

Are the manufacturing techniques developed in this area using native wood as a raw material, and the spirit of handmade craftsmanship are connected to TOYOTA's automobile industry? Today we will briefly explore that relation as we follow a path connecting nature, craftsmanship, and the samurai, and how they influenced history, laying the foundation for modern day manufacturing in Chubu.

Historically, the Chubu region has flourished as a “manufacturing kingdom.” With topographical, geological, and geographical advantages - a trifecta of sorts - Chubu prospered in manufacturing and trade with both the eastern and western areas of Japan.

High-quality timber produced in the Hida and Kiso areas was brought to Nagoya using the newly constructed canal, making construction of the castle and castle town possible. This wood helped promote the manufacture of furniture, Buddhist implements, and even the development of techniques for crafting watches and karakuri dolls. Eventually, that technology would be refined into manufacturing technology for precision machines. 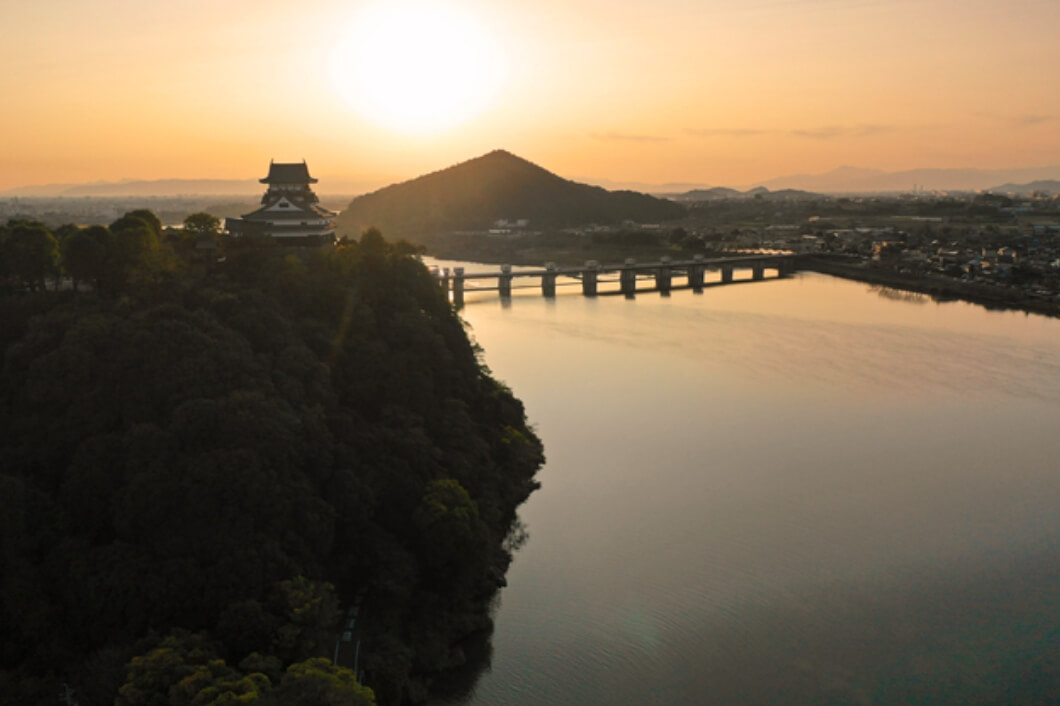 Built in 1537, the Inuyama Castle tower is the oldest surviving style in Japan. Built on a small mountain on the banks of the Kiso River, it has a magnificent view, and the former heroes also positioned it as a base for battle. Oda Nobunaga was the last fort to unify in Owari Province,

Inuyama Castle was the last fort that Nobunaga Oda sought in his effort to unify the Owari Province. It is known as the last place Toyotomi Hideyoshi and Tokugawa Ieyasu captured.

Even now, the exact year in which Inuyama Castle was completed is in dispute. There were 22 castle rulers from 1537 to 1871, at which point the castle was seized by the Meiji government. However, after the castle tower was partially destroyed in an earthquake in 1891, it was returned to the Naruse family, and it was privately owned until 2004.

Inuyama Castle has been a national treasure since 1935, and since 2004, it has been owned by a public foundation, and managed by Inuyama City.

Inuyama Castle has fascinated the heroes, What did the heroes see? The view from the castle tower is worth a visit. 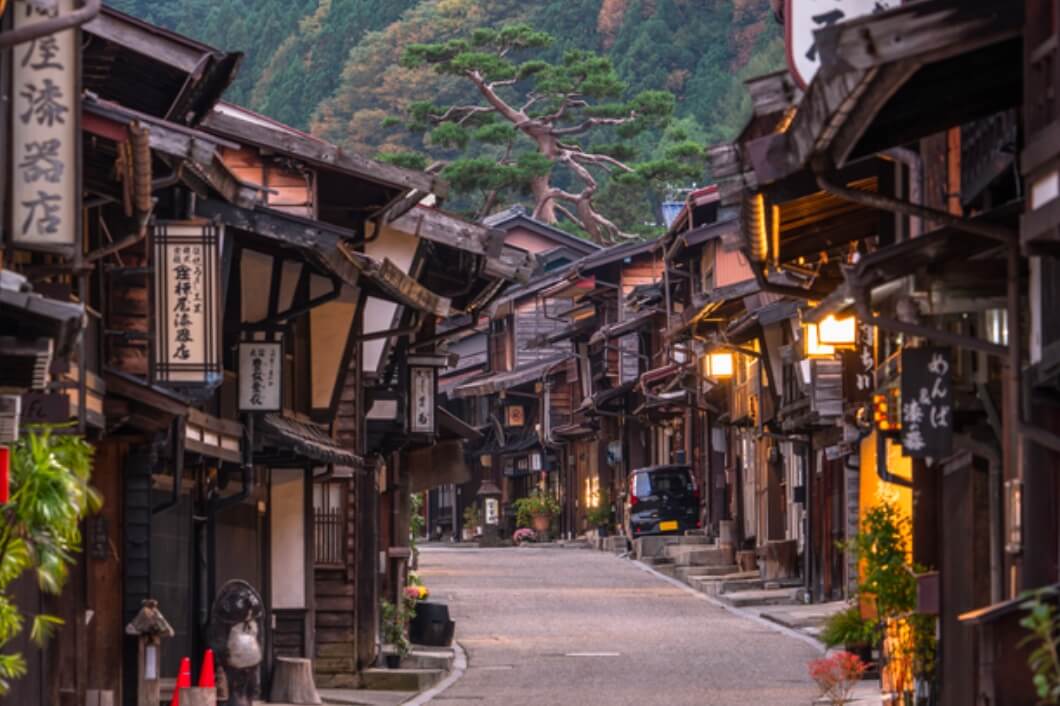 It is natural to wonder what it felt like when samurai roamed Japan. One of the best ways to get a taste of what it might have been like is to visit Narai-juku, a small, picturesque town located in the present-day city of Shiojiri, Nagano.

Here, you will find a quiet and calming atmosphere as you explore traditionally styled buildings along the centuries-old Nakasendo, the ancient road connecting Edo (n ow Tokyo) and Kyoto through central Japan.

Here, (on the Nakasendo) where samurai and ordinary people alike traveled back and forth for centuries, it's easy to imagine what old Japan was like. The Nakasendo itself, parts of it still paved with the same cobblestone that was trod upon by samurai and common-folk alike for centuries, will all help you imagine old Japan. 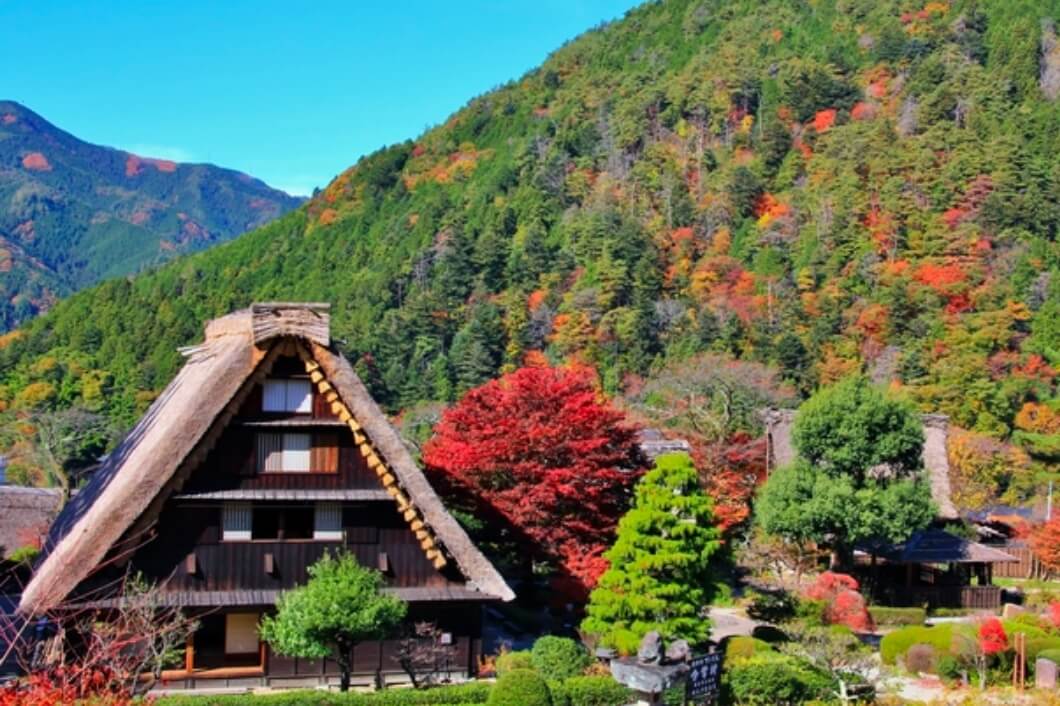 Although not located along the Nakasendo, Gero Gassho Village offers another look inside life in old Japan. This is an outdoor museum recreating one of many mountain settlements that were common in the northern parts of the Chubu Region.

The village is composed of two zones, "Gassho no Sato" and "Saijiki no Mori". In the first zone, explore the former house of the Odos which was made without the use of nails or spikes, and characteristic of houses of this style. In the second zone, visitors are reminded of a traditional house in a rustic setting.

Here, you can feel the four seasons of Japan from various plants, animals and experiences. Seeing the cherry blossoms and wisteria flowers in the spring... Hearing the squeaking of the cicadas, and sweetfish from the local rivers in the summer… Tasting the warm, savory gohei mochi as you take in the brilliant red and yellow leaves of autumn… Feeling the warmth as you soak your feet in a foot bath while gazing at snowcovered gassho-style houses…

It’s easy to imagine the lifestyle of the hardy people that lived here before. 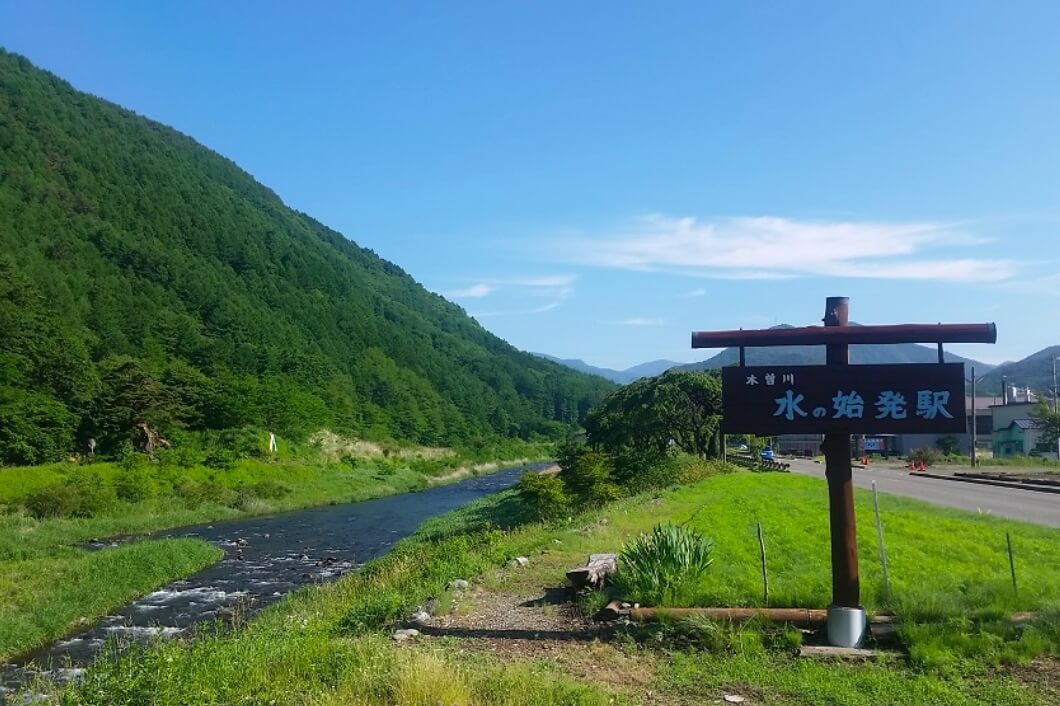 At the headwaters of the Kiso River, you will find the Kisomura Road Station. Here, you can buy products made from the same cypress wood that flowed down the Kiso river and was used for construction of Nagoya Castle.

The forests of the Kiso River basin are prized as a region where quality timber can be obtained, and the resources here have been widely used since the Tokugawa period. The timber produced here was transported downstream using the Kiso River, also called the "wooden road". The abundant resources of the upstream supported the lives of many people in Owari and Nagoya, which invigorated the upstream industry. 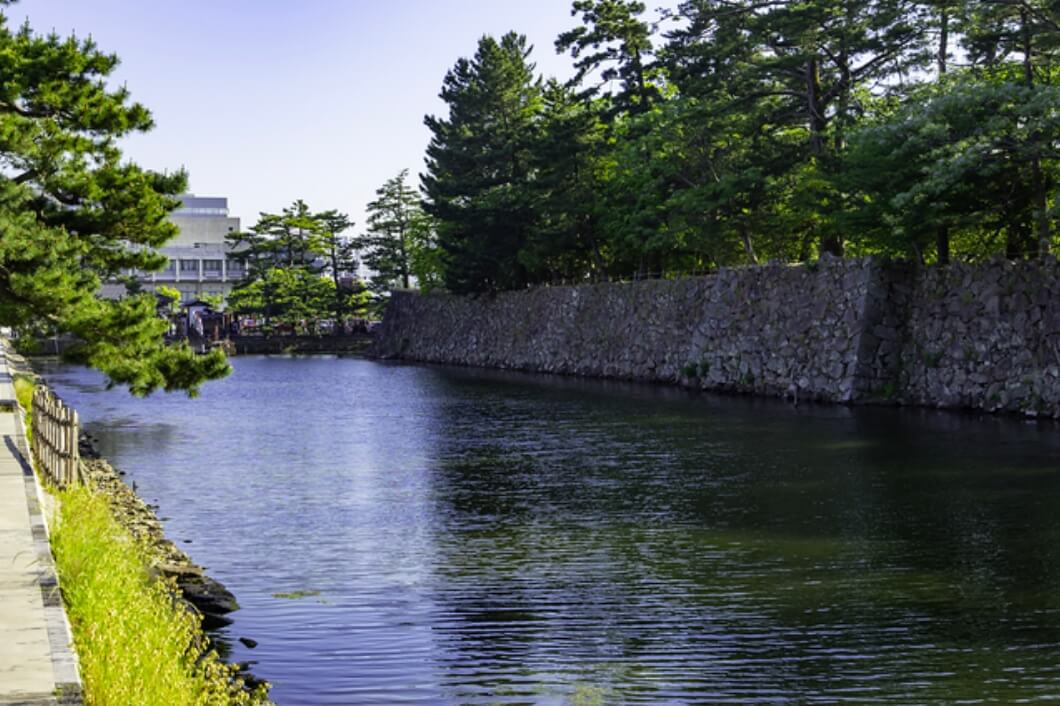 To transport large quantities of timber, food, and other supplies to the inland castle town, Tokugawa Ieyasu recognized that water transportation was necessary. In 1610, he ordered the excavation of the Horikawa River, connecting what is the modern port of Nagoya to Nagoya Castle. Tokugawa then sent the Kiso area timber down the Kiso River and had it transported to, and up the Horikawa River for the construction of Nagoya Castle and the surrounding castle town. Wood used for castles and various buildings is one of them. Most of the timber is Kiso cypress - from the mountains of Kiso, down the Kiso River to Yaotsu, then across the sea with a raft, and about 6 kilometers up the Hori River from Atsuta. This was made possible by the efforts of, and under the direction of the samurai. In 1655, the Owari Tokugawa family implemented forest administration reforms aimed at protecting forest resources. Thanks to these efforts, there are now mountains where many trees over 300 years old grow even today. 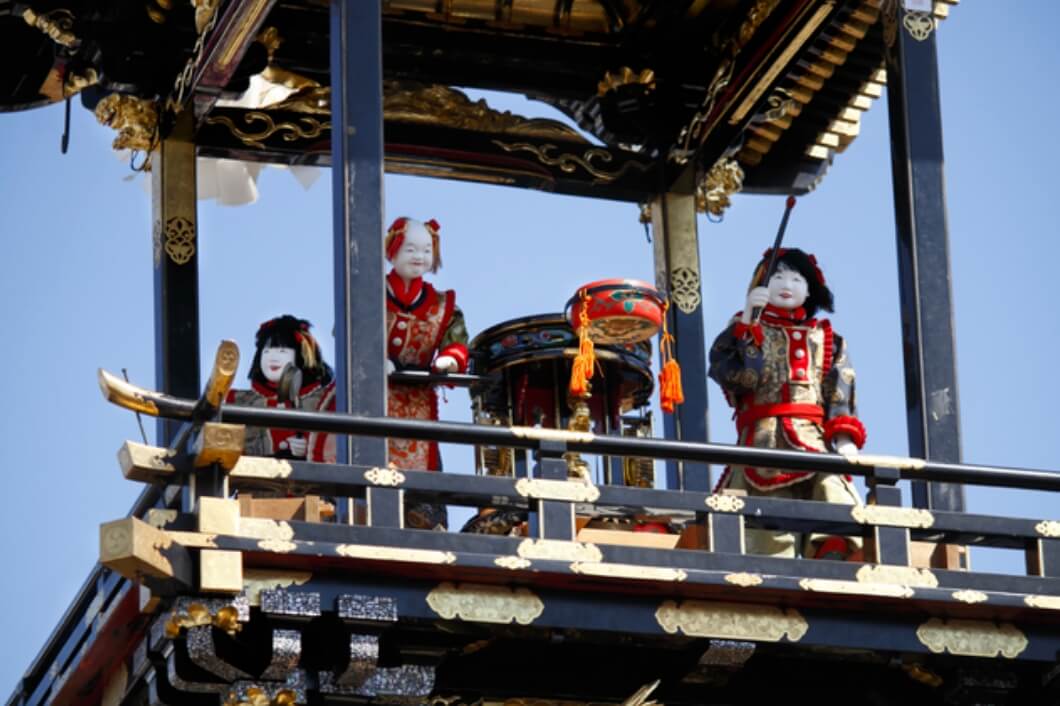 Karakuri, a mechanism of intricately crafted machinery to move a doll of sorts, is one example of traditional woodworking craftsmanship and technology to perform tricks that can be enjoyed by spectators at special events. The technology used in Karakuri is linked to manufacturing technology in this area. There are three categories of Karakuri; Dashi, Zashiki and Shibai. In Aichi Prefecture, a Jōruri ballad drama is performed using Karakuri dolls on a float at the Inuyama Festival. This is a rare event even in Aichi Prefecture, which is considered a mecca of Karakuri culture. It is said that it has continued for about 350 years. The value of karakuri technology and karakuri entertainment has been shared with the general public. This performance, which has been protected by many people involved in doll costumes and production and repair, was registered as a UNESCO Intangible Cultural Heritage in 2016. It is sure to be handed down to the next generation. 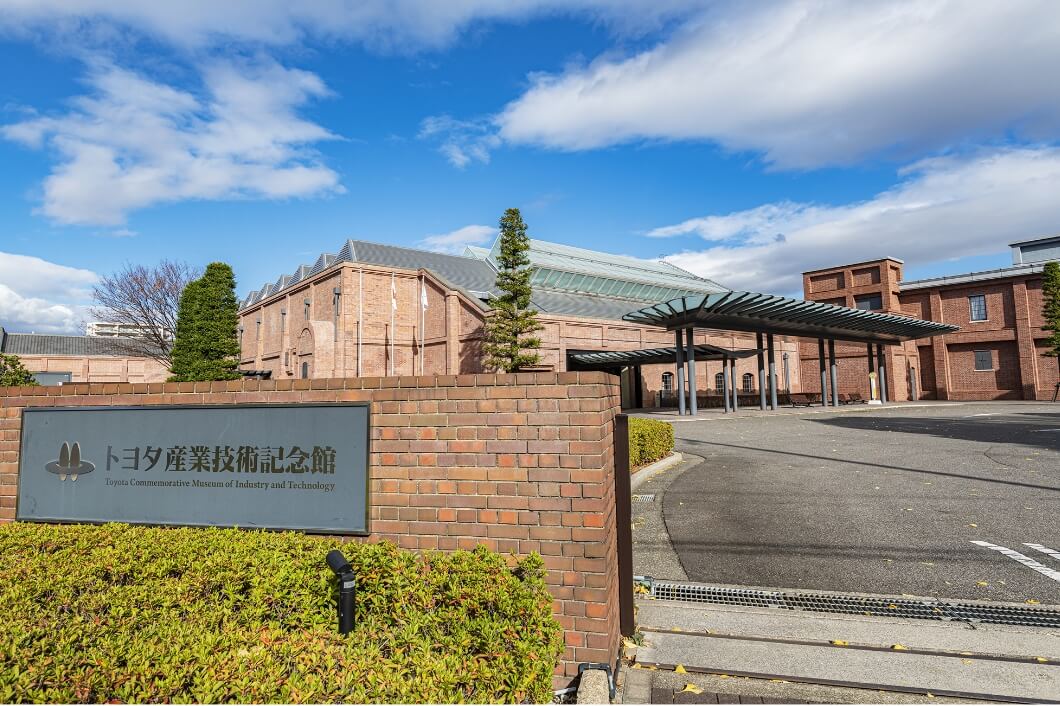 Perhaps the easiest way to see the evolution of manufacturing is to visit the Toyota Commemorative Museum of Industry and Technology. There you can see first hand the development of the automatic loom, increasingly detailed craftsmanship and technology, how manufacturing matured from wood-based machinery to metal based, and finally the connection to automobile manufacturing. Some of the machines still work, and the roaring sound they create when in operation makes it easy to imagine how this brick-walled space sounded when it was a working factory. Here, we get a hint of the quest of Japanese inventor Sakichi Toyoda and the importance of "manufacturing" that his son and founder of TOYOTA, Kiichiro Toyoda, was passionate about. Here, you can learn about the history of Japanese industrial technology through the transition of TOYOTA's automobile technology, which continues to pioneer the present age.

Did the three heroes foresee the modern manufacturing successes that the Chubu Region enjoys in the present day? We can only wonder and imagine. Many of the craftsmen who worked on Nagoya castle remained in Nagoya. Their technology is said to have contributed to the development of industry in the area even after the castle was built. It has become the cornerstone of a region famous for manufacturing even now.