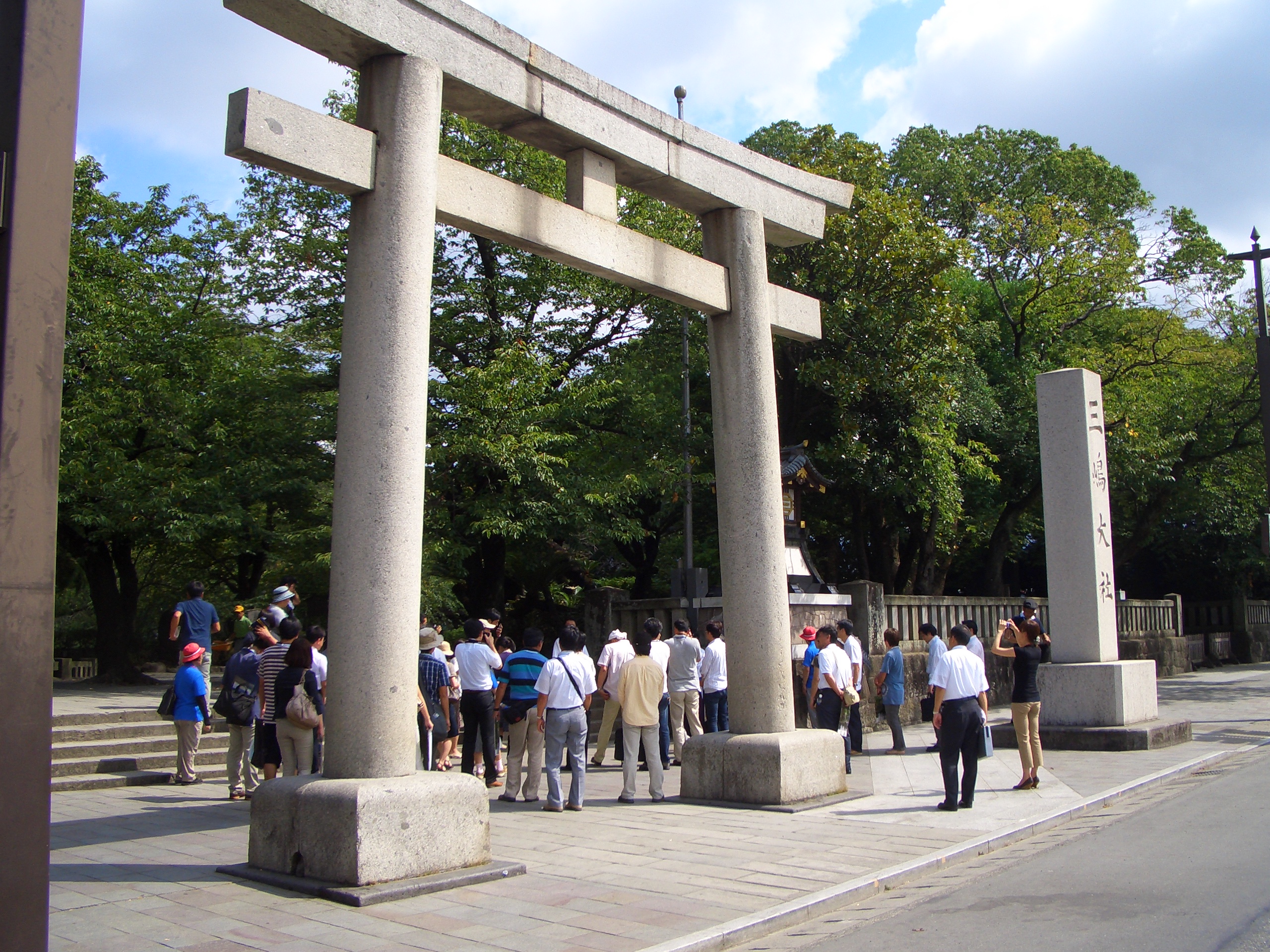 A Shinto priest will guide you through Mishima Taisha Shrine, Ichinomiya (shrine of highest rank) in Izu Province, while explaining the history of the shrine and how to worship. After receiving a prayer service and purification, you will view building carvings at the back of the main shrine where general visitors are not admitted.
Mishima Taisha Shrine is the shrine where Minamoto no Yoritomo, who was banished to Izu, visited every day for a hundred days, to pray for the revival of the Genji clan. It is said that even after the Kamakura shogunate government was established, he visited and worshiped at the three shrines, namely Mishima Taisha Shrine, Hakone-jinja Shrine and Izusan-jinja Shrine in Atami.
The shrine is often visited by hanami tour buses coming to admire the shidare-zakura planted on the shrine premises and bank of the shrine pond on its south side with oshima-zakura and mishima-zakura planted along the approach to the main shrine.