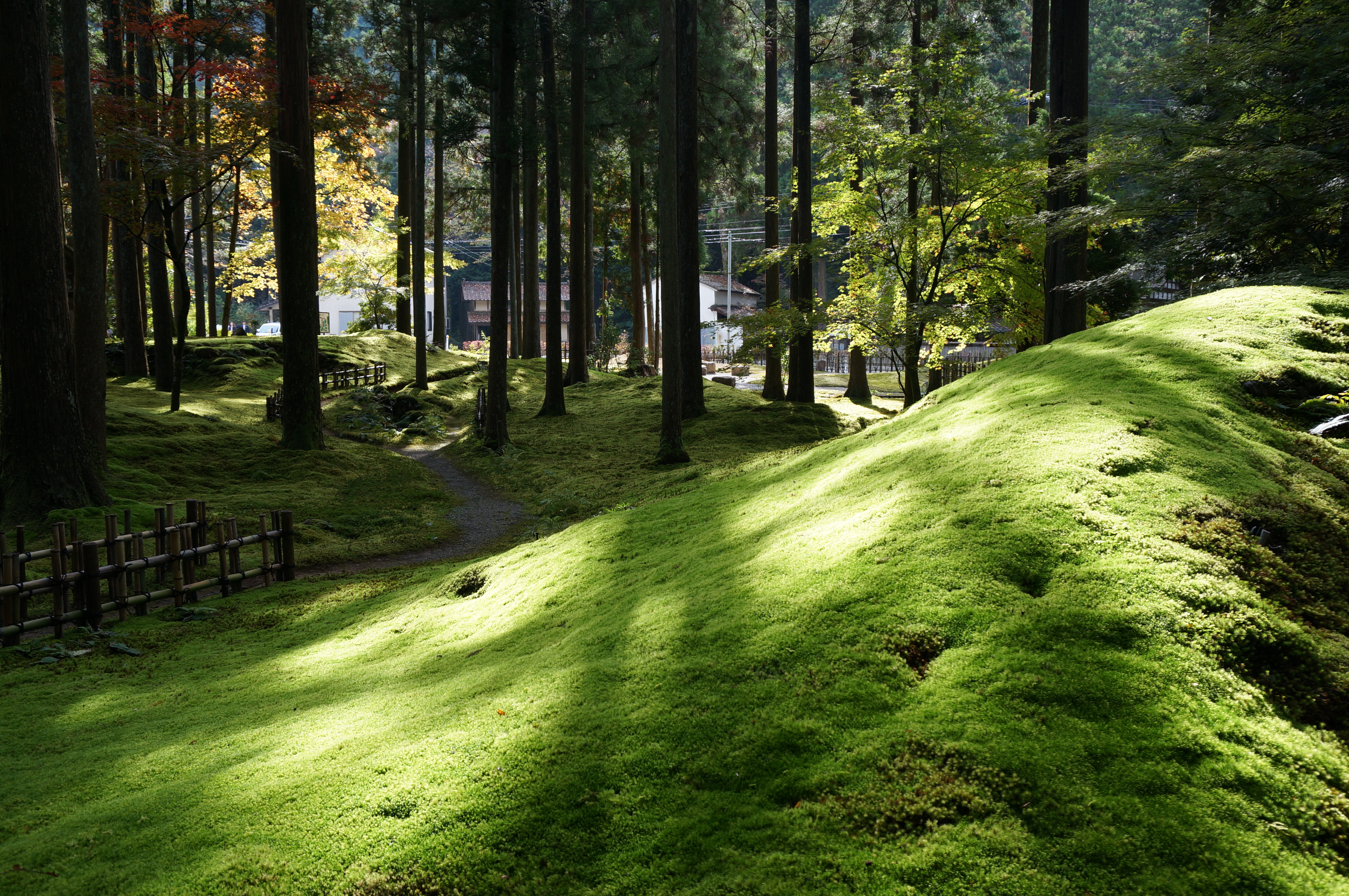 In the Japanese national anthem “Kimigayo,” “moss” is referred to as a plant that symbolizes Japan.
Koke-no-Sato moss garden is located in Hiyoumachi, Komatsu City, Ishikawa Prefecture, a 3 min. car drive from Awazu-onsen hot spring in Kaga onsen-go, and earns positive reviews from visitors from Japan and abroad for being one of the most famous mossy areas in Japan, where a diverse range of moss (bryophyta) can be observed.
This place draws a diverse range of visitors, including not only moss researchers and fans, but senior citizens, foreign tourists, working people seeking some soothing relaxation, students studying the environment, both children and the elderly, and VIP guests too.
In addition, Hiyou-cho also draws attention from those in the know both in Japan and abroad for its beautiful village mountain scenery, which was chosen as one of Japan’s 100 Best Village Sceneries, including not only moss, but also groves of trees, including the famous “Hiyou Cedar” trees hand planted by Japan’s emperor at the 66th National Planted Tree Festival, old houses, streams where dragonflies fly around each other, and gardens, and also for being a place where Japan’s ancient lifestyle traditions are carried on.
In Koke-no-Sato, in addition to the Hokuriku area climate and terrain of gorges between mountains, there is also a diverse range of moss that is adapted to each environment by using pruning and thinning to produce sunny, semi-shady, and shady environments along the surface of the ground. According to expert surveys, 48 varieties of Bryophyta have been confirmed in town, which is also where the Bryological Society of Japan holds its meetings.
Koke-no-Sato is a place where you can observe a beautiful mountain village area that includes beautiful cedar forests surrounded in moss-covered gardens, shrines and old houses, that has been chosen as one of Japan’s 100 Best Village Sceneries and that is open to tourism, all while hearing explanations from a guide about the area’s nature and lifestyle culture.