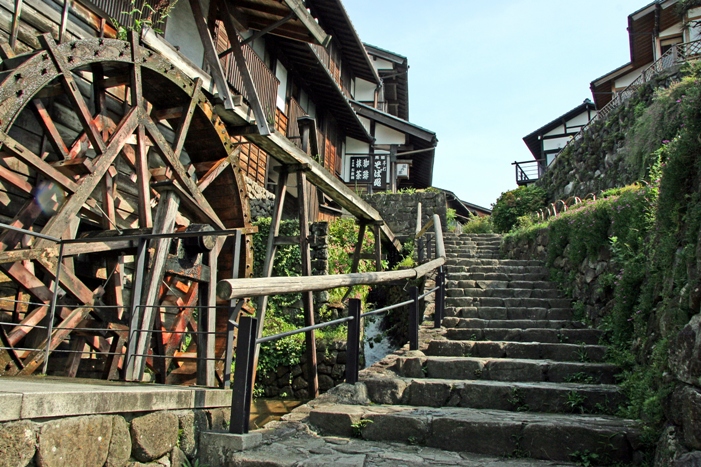 Magome is the 43rd post town on the ancient Nakasendo Highway that connected Edo (modern-day Tokyo) and Kyoto. Separated from Tsumago Post Town (introduced in the section for Nagano Prefecture) by a mountain pass, the two are often visited as a pair by tourists. Magome is built along a 600-meter slope that runs at an angle along a mountain, with the stone pavement and old-town scenery that runs along both sides enhancing its antiquated atmosphere. Many ancient fixtures remain untouched since long ago, such as the masugata pavilions that were created to ward off invaders. Also known as the birthplace of the famous literary Shimazaki Toson, the former Shimazaki house (which used to serve multiple functions as an inn for officials, a wholesaler, and as base of operations for the local government) has been turned into the Toson Memorial Museum, where his memory is honored and a collection of 6,000 items ? including his manuscripts and private library ? are displayed.