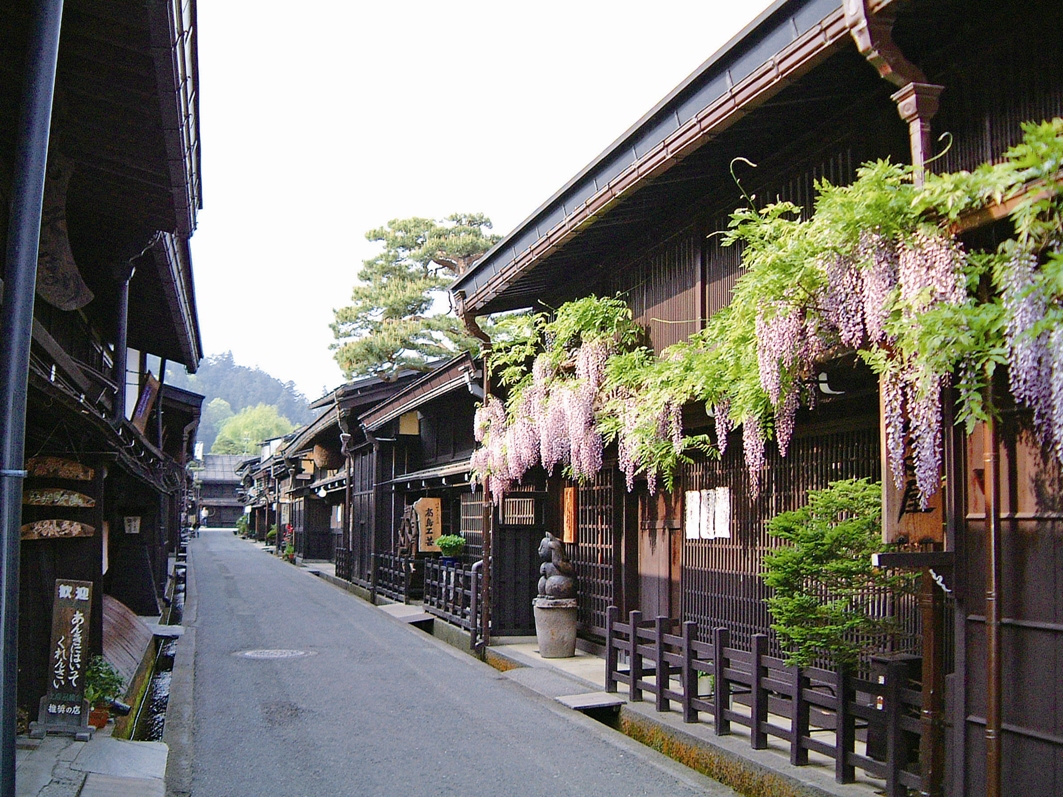 Dubbed the “Little Kyoto of Hida,” Takayama’s old quarter (called “Sanmachi”) is well known for the beauty of its lattice-lined buildings, along which waters flows through the canals on either side of the street. With its many sake breweries and souvenir stores, the area is as bustling as it is beautiful. Having originally flourished as a merchant town, Sanmachi is designated a “Nationally Recognized Important Historical Building Preservation Area” and regularly greets tourists from the world over. The “Takayama Festival” that is held twice each year (in spring and autumn) has ornate floats brought into the streets of Takayama, accompanied by musical performances, lion dances, and more. The highlight of this festival, which is counted among Japan’s Three Most Beautiful Festivals, are the 23 festival floats and the exquisitely crafted karakuri marionettes that are skillfully manipulated for performances during the festival. The marionettes and floats themselves are works of art, representing the superb craftsmanship of artisans from the Hida region.