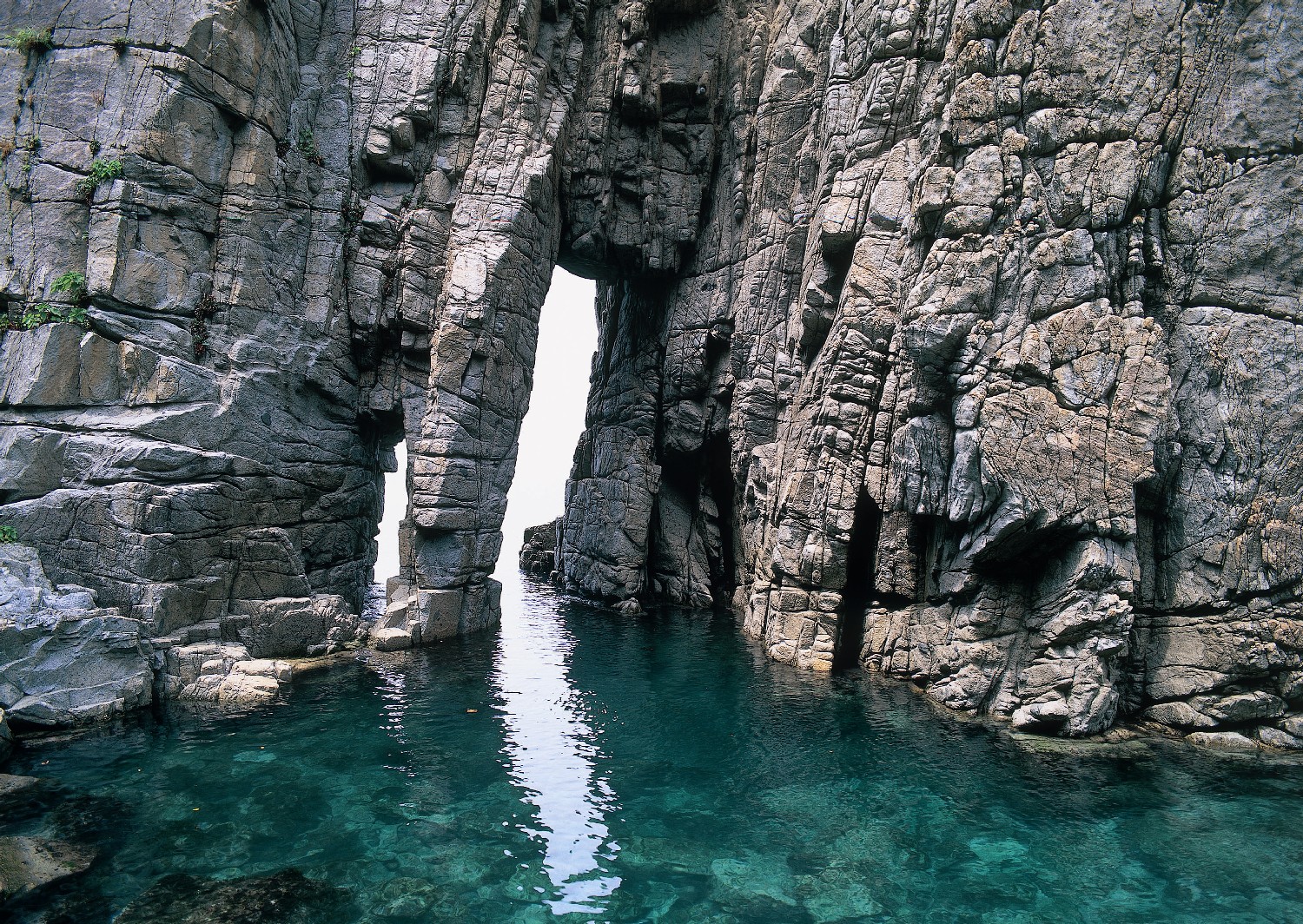 A trip full of the romance of history woven into 6 km of beautiful cliffs, strangely shaped rocks and cave mouths. Relish in the cruise as well as the art of the sea created by the surging waves.
“Sotomo” is an eroded cave on the coast of the northern side of Uchitomi Peninsula located on Obama Bay’s east side. The cave is a piece of work created by the Sea of Japan, which carved out granite to form the cave. The strangely shaped rocks, cave mouths, caves and more continuing for 6 km have come to be the majestic scenery representing Wakasa Bay Quasi-National Park. It was designated as a national site of scenic beauty in 1934.
While Obama was a castle town of the Sakai clan, which yielded 123,500 koku (18,525,000 kg) of rice in the Middle Ages, it also served as a leading port on the coast of the Sea of Japan. Numerous trading ships and foreign ships coming from far and wide, from Hokkaido in the north to Kyushu in the south, entered this port. It is easy to imagine how people on these ships looked forward to the view of the “Sotomo” landscape when entering and leaving this port.